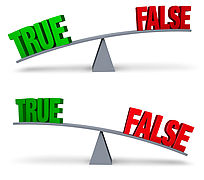 Two weeks ago we’ve learned a lot about the advantages of being a (high) sensitive person . Remember, about 1/ 5 of all people would qualify as highly sensitive. (High) sensitives are people with particular genetic characteristic that makes them keenly attuned to the world around them. Because (high) sensitive people process sensory input more deeply than others, they tend to be more empathetic and thoughtful. They might be easily overstimulated and require (regular) breaks of peace and quiet to reload their energy balance.
Today I would like to expose the most common, regrettable misconceptions about (high) sensitive people.
Why do I think you will enjoy this article?
For 2 very good reasons:

Because of these similarities, ADHD and (high)sensitive people understand each other perfectly and often seek out each other’s company.
What generally distinguishes the (high) sensitive person from the typical ADHD person is:

Given all the above, it is not uncommon that a person with general good concentration becomes restless, overly busy and unable to concentrate as a result of overstimulation. This pattern points to a (high)sensitive person and not to a person within the ADHD spectrum.
Yet since (high) sensitivity is heritable, a combination of (high) sensitivity and ADHD is possible as well. Therefore it is extremely important to carefully consider and evaluate all characteristics of a person/ child before making the final judgement and ‘stigmatize ’them with the label ADHD for good. (Credits and read more)
Misconception number 4: (High) sensitivity is a part of the autistic spectrum.
The enhanced perceptivity of (high) sensitive people (‘too tight’, ‘too loud’, ‘too bright’) can very easily be mistaken by less sensitive people for acquired hypersensitivity or sensory defensiveness, produced by brain damage. Indeed, sensory defensiveness, in which ordinary stimuli are perceived as unbearably intense, is ‘on the autistic spectrum.’ It is often produced by fevers, concussions, and/or medication, and it can and should be treated with the relatively cheap and simple therapies (f.ex. Sharon Heller. For (high) sensitive people, however, perceptivity is normal. They are born with it while autism is a developmental disorder. Autism is a neurological disorder in the brain more based on biology than with psychology. While (high) sensitive persons can become less sensitive with age, becoming overstimulated is a common thread especially in young children. Yet in order to distinguish between high sensitivity and autism there are many other distinctions that parents should pay attention to and discuss with their doctor. “That’s a difficult diagnosis to make in a very young child … it’s been misdiagnosed both ways, but they’re different,” says expert Dr Aron. Here are some or the aspects to which people with autism and (high) sensitivity respond similarly:

However, other characteristics that are commonly recognized by (high) sensitive persons but do not apply by autistic persons are:

Therefore it is advisable to just acknowledge the (high) sensitive trait (instead of the inappropriate label of being ‘autistic’) to people who recognize themselves in the 4 above-stated statements. This might prevent  many people from getting stamped wrongly las being ‘autistic’, and all the automatic key reactions this might provoke in their lives. (credits and read more).
Misconception number 5: (High) sensitive people need medical aid to better their condition
Out of ignorance, (young) (high) sensitives are at much risk of being labelled ‘depressed’, ‘withdrawn’, or even ‘autistic’ or ADHD’ (due to the lack of better alternatives, see misconception number 3). They are consequently inappropriately medicated for conditions they don’t have with strong drugs like Prozac or Ritalin. These drugs work on a substance called serotonin which is indeed associated with depression. However, in (high) sensitive persons often another form of depression is found, a form that is caused by low levels of endorphins. This form cannot be improved by serotonin-orientated medication. It can, however, easily be treated through diet and exercise.
Misconception number 6: (High) sensitive persons don’t take risks.
The general conception that (high) sensitive individuals just want to stay at home or want everything calm and quiet all the time is a myth. In fact, many seek high-sensation thrills like downhill skiing, surfing or adventurous traveling. They also choose careers where they can satisfy their curiosity while still finding stimulation and meaning, such as journalism, acting or service-based jobs. Wonder if you are a ‘thrill-seeker’? Take the test here.
Misconception number 7: (High) sensitive persons are weak.
In our modern society, we tend to rank people based on specific characteristics that are generally associated with being ‘strong’ and /or ‘successful’. Many (high) sensitive people tend to elude those traits. However, we need to keep in mind that there are different kinds of strength. Since (high) sensitive persons are often less aggressive than less sensitive people, they might be less inclined to provoke a fight or be caught in one. Many (high) sensitive persons are also more sensitive to pain which might enhance the choice not to fight. Opting against a fight, however, might give the impression of weakness, especially when dealing with a (young) boy.
However, (high) sensitive people do possess another kind of strength. Since they perceive the world a way that other people are unaware of, they are able to pick up on the others’ emotions. This allows them to react accordingly instead of just responding to the verbally expressed information.
Misconception number 8: Being highly sensitive negatively affects workplace success.
Intuition does not need to be a handicap in relationships or at work. (High) sensitive persons can use their highly-refined intuition  to perform better.  It can be used to translate observations into an advantage.  Being intuitive can support bringing new ideas or bad news in an acceptable and pleasing way and help being diplomatic. 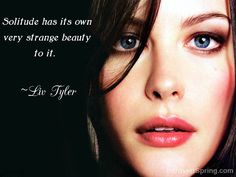 Misconception number 9: They don’t like big crowds.
While (high) sensitive people do prefer to participate in activities (like exercise) solo, that doesn’t mean they don’t enjoy a large party or interacting in a big gathering. In fact, (high) sensitive people can thrive when there’s social stimulation and some even find calm in large groups.
Misconception number 10: You can easily identify a highly sensitive person.
In most cases, you probably won’t be able to spot an (high) sensitive in a crowd, least if you are not one yourself and use your instincts. Save for a few eccentricities, like preferring alone time or a quiet restaurant over a noisy one, the personality trait doesn’t often stand out. (High) sensitive people often are creative, insightful, have a lot of empathy and people tend to like them.
Rests me to be a bit curious myself and ask you some feedback:

My number 1 desire is to inform and inspire you. Sign up for my blog and you will be provided automatically with more insightful information and inspiring mind-travels.
Image credits + image credits