Three weeks ago I gave my first lecture on (Reconnective) Healing in 4 years. For the first time ever I performed an on-stage demonstration with a volunteer. Five days later I received a message from a woman who had been in the audience that evening:
>My bad eye, which had tormented me for days, suddenly relaxed and, above all, the rather strong pain was suddenly gone. Thank you so much<

“I had been living and working in Norway for 5 years but never felt that I fit in. At work I had little to no contact with my colleagues and outside work I had no friends. I was headed for a burn out, that I was sure of. I had heard of Reconnective Healing and thought I might give it a try. Even though I had no physical problems what so ever.
The Reconnective healing session was relaxing and I went home without any particular experiences or expectations. The following weekend I decided to do what Norwegians typically do in winter, but I ever had tried: I went out for a cross country skiing trip. During that trip I broke my foot. I was devastated! How should I manage my daily life all by myself? I could hardly move and certainly not go grocery shopping over the the icy slopes outside my apartment.
It was a nightmare. But just until the next day. Then a colleague from work visited me as soon as he had heard why I was missing. He got me some groceries and offered to stop by again in a day or so. More colleagues dropped by and soon some became friends. And 3 years after the Reconnective Healing session I got married to a lovely Norwegian woman. Thank you!”

“During a fair a mother came to my stand with her teenage son. As a consequence of a car accident he had been in 6 years ago he had been paralyzed on his left side. With lots of physiotherapy, training and willpower he had managed to work himself out of the wheelchair and was now able to walk with only 1 stick. His mother had traveled to the fair just to try if Reconnective Healing would help her son recover further.
His walk was still asymmetric and the whole left side of his face was still paralyzed, he could not move or controle it. It looked like he had had a stroke. I worked on him for about 15 minutes, then they left. 1 week later I received a phonecall from the mother: She told me that her son’s face was symmetrical again! Within two days after the Reconnective Healing session everyone around them had commented on his face being totally normal again!” 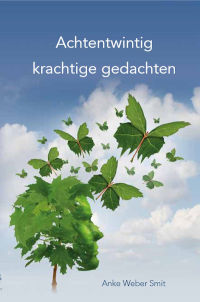