The era of logic is over 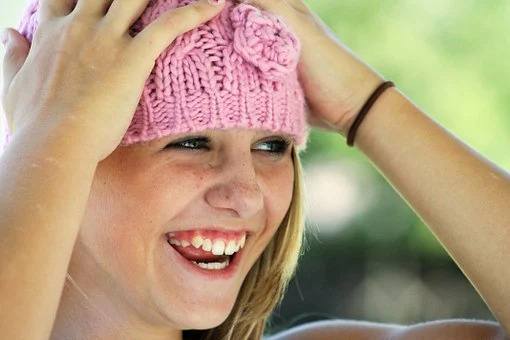 This is the story of a young girl, 16 years of age. She attends class 4 of senior general secondary education and started in a new school class next today.

Noteworthy is that there was no logical reason to change classes at all. No moving into another city, no bullying, no low grades.

The only reason was that the girl, Felicia, was ready for something new.

Actually, the story starts 6 weeks ago, on February 27th. Then she told her mother “I want to develop my spiritual side and find out more about who I am”. Her mother happened to be familiar with the Celtic Cleansing Ritual and suggested that she should start with that. Felicia liked the idea, after all, it was just the day of the full moon, a requirement for the ritual, and so she was able to started right away. Her mother continued with her life, suspecting nothing of the events that started to unfold.

On March 5, Felicia reported during dinner: “I want to transfer to Pre-university education. “

Her parents were stunned. Where did this come from, out of the blue?

After the initial surprise had ceased, they began to look into the possibilities of making Felicia’s wish come true. She could of course finish the year, then pass her final exam and then repeat a year and join Pre-university education for 2 years. That is the usual way. But for Felicia’s taste this took too long. She wanted to start NOW.

“Well, why don’t you can ask your mentor if it is possible to switch directly to Pre-university education after this school year instead of finishing senior general secondary education first” her father suggested. That sounded much better, Felicia thought. But not quite right.

“Why can’t I switch now? This year also pupils from 4 Pre-university education transferred to my class. ”

That is of course a completely different situation, her parents argued at first. Then again: it can’t hurt to ask, right? And Felicia grades were good…..

“Okay, why don’t you just ask your mentor what he thinks,” her mother suggested.

Two days later Felicia had written an email to her mentor in which she stated that she wanted to switch a.s.a.p to Pre-university education and if he could please tell her what the options were.

After four days, her mentor found her during the break: “I read your email. I will find out the options for you. ”

From then onward, everything happened very quickly.

Seven days later, on March 16, her mentor called her out of the classroom. “I have spoken to all your teachers. We see two possibilities. One is that you finish the year and after the summer start in class 5 of Pre-university education. The second option is that you start in class 4 Pre-university education after the 3rd test week. That would mean: in 2.5 weeks, on April 6th. Please let me know the day after tomorrow, I’m looking forward to hearing your decision. ”

Felicia was over the moon. Her parents flabbergasted.

Felicia chose to start after the test week in her new class, on April 6th.

No one had ever heard that is it even possible to switch directly from class 4 senior general secondary education to class 4 Pre-university education, let alone in the middle of the school year. Not Felicia’s parents, no friends and acquaintances, and not even the teachers of her school. This was against all logic. Yet apparently: It is possible.

If you had asked her parents a month ago if this was possible, they would have said “of course not”.

If you had asked the teachers a month ago if this switch is possible – they would not have known.

If you had asked me a month ago if I think it is possible – I’d also have said “maybe, but it will be very difficult …”.

Yet what seemed unthinkable only three weeks ago is now a fact. Easy even. Felicia wanted it, asked for it and got it done.

Was it just four weeks ago that all this started, with a full moon ritual to get closer to oneself?

Who knows. And what does it matter? In any case, Felicia is in her strength, and she made all this happen by herself.

Soon will be a full moon again, and one thing is for sure:

I’m going to take out water in a glass bottle and leave it out overnight to charge for the Celtic Ritual!

And then follow with great anticipation what the next few weeks will bring me!

Do you also want to kickstart your personal (of professional) development? Mail me at info@ankewebersmit.com for the free instructions for the ritual!

And let me know if you’re ready to transcend logic!