My top – 8 fascinating developments from 2017 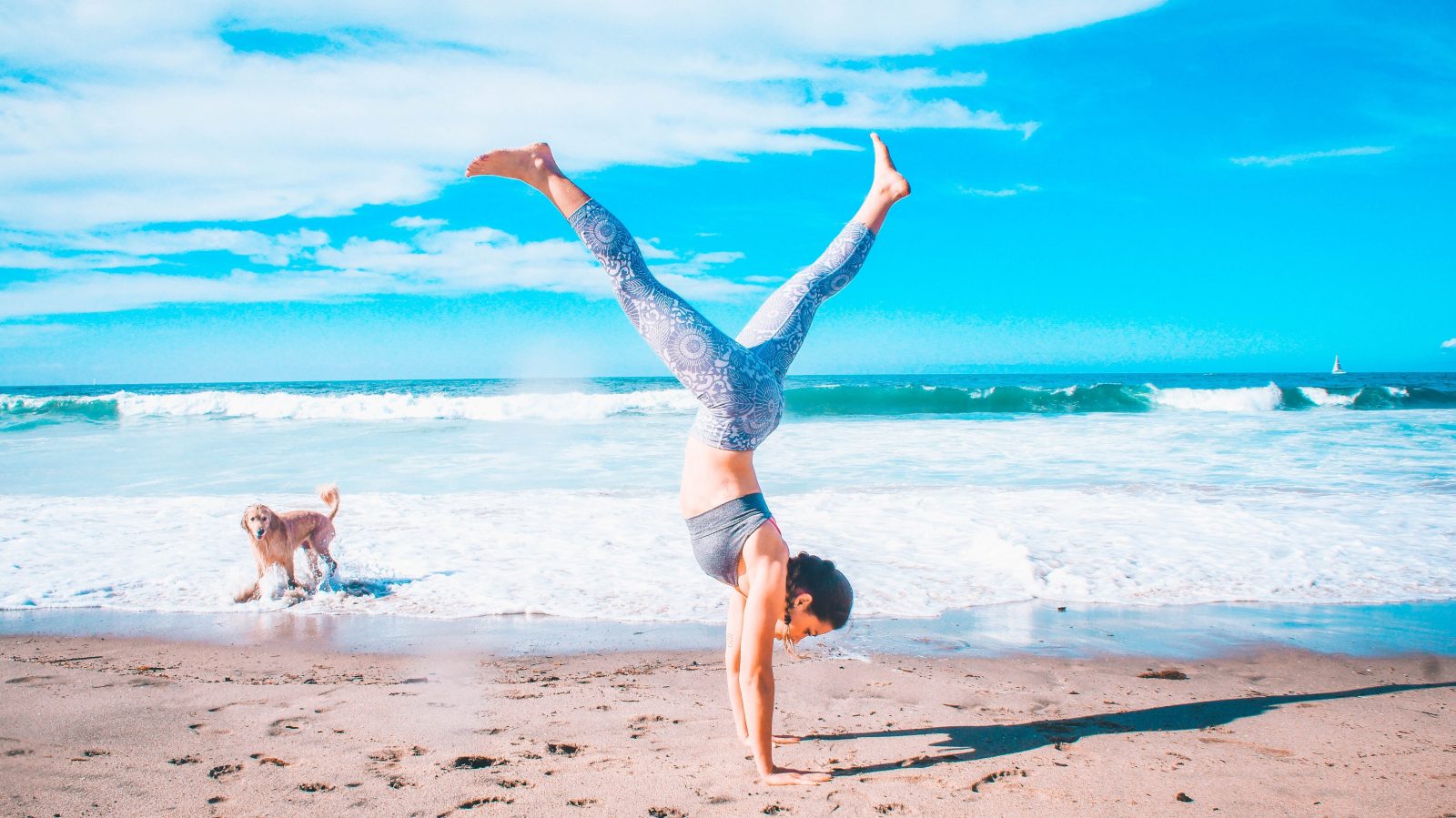 It’s January, the festive mood of Christmas has definitely gone and the initial excitement about the starting 2018 has worn of.
A perfect moment to take a quick recap at 2017 and what it has brought us. Here are my personal top-8 developments, divided into 3 areas:

The ever-lasting discussion seems to have taken a definitive turn. Yes, placebo’s (face pills that contain no medicinal substances) can help you become better3!
This reminds me of a conversation I had with one of my friends, years ago. She was convinced, that placebo’s don’t do anything to better your health. I argued, that the belief of that you are being helped can also have a mind-blowing boosting effect on your immune system, which in turn will help to cure you. We arrived at the ultimate question about goals: is your goal to pop a pill or is your goal to get better? If it is the former, you could take a placebo and see what happens. If it is the latter, you might not need the aid of the fake pill to boost your immune system;  your thoughts and determination alone might do a pretty good job. (read more on the power of imagination here).

A good conversation can work miracles. Maybe you’ve already been aware of this, but now it’s also official. Longer doctor – patients conversations can render the referral to other specialists unnecessary. This is probably due to the more personal, in depth questions that the doctor can ask which gives him a detailed picture about his patient’s condition. And if the patient is not so ill at all, can leave the conversation at peace without having to wait for weeks to hear the specialist’s opinion. In addition, every patient not being send to hospitals for further consults saves a lot of nerve, time and health care costs.
And frankly: wouldn’t you love to be listened to by your physician? So to me, this trend is a win-win situation.

The field of biotechnology is not new. But it is expanding rapidly. Biotechnology is the term used to describe the use of living systems and organisms to develop or make products. In other words, it is “any technological application that uses biological systems, living organisms, or derivatives thereof, to make or modify products or processes for specific use” 1. In recent years, developments have enabled scientists to further gene therapy (‘fixing’ genetic defects in the genome). This technique is f.ex used in leukemia and sickle cell disease. Another technique, xenotransplantation, makes use of animal tissues to improve human health. The first xenograft heart transplant in a human was performed in 1964, using a chimpanzee heart2. Another species that seems to be very suited for xenotransplantation is, a bit to my surprise, pigs2. And our knowledge is expanding fast. Will we soon find our bodies scattered with animal parts?

My mother always said: real beauty comes from within. Being me, of course I tested her statement. And I found it to be true. Whenever in love, or madly happy with the result of an exam, an interview or a stimulating workout; each one of these make me feel a lot prettier than I usually do. Yet advertisement (amongst others) still claims that we are in desperate need of this or that particular  camouflage cream (when in your teens and twenties), youthful rouge blush (when in your thirties and forties) and the miraculous scientific wonder tonic that makes you look like you did 40 years ago (ages 60+…. Or all ages, really). Irritated skin, so science shows, often is created or maintained by all the chemical) substances we put on it. They prevent the natural balance of moisture, fat and bacteria that usually take care of our largest organ, the skin. Actually, scrubbing away dead skin cells, soaping our faces and drying them out with perfumed alcohol portions is comparable to ‘serious physical injury’, according to German dermatologist Yeal Adler. Fortunately, the ‘unmissable skin product attitude’ seems to change, finally! The new credo is ‘less is more’. Apparently, traditional husbands and bachelors have been doing it right all along: use normal water, no soap, and a normal towel to dry your skin, and be done with it. And with the money you save, you can do lots of things to make you beautiful – through shining happily from within.

My next point is closely connected to the previous one of biotechnology and xenotransplantation. As our understanding of the likenesses between men and animals increases apparently many humans also feel the need to treat animals differently as we did up to now. This tendency is not new. I loved the words of philosopher Richard David Precht 3: “That we see ourselves as the crown on creation is mainly stupidity, as it is of course rather arrogant to describe yourself as wise, intelligent and good compared to other animals. We have a lot of trouble to look beyond our own perspective. We control animals based on our criteria. We investigate whether a monkey can learn our language. Instead we could also ask ourselves if we could learn the language of the monkey. We hardly realize that our science is not universal. If we had had the body of a snake, our science would have looked very different.
(Our arrogance) is of course also based on our eating animals. As long as we do that, we needed a fundamental difference. If there is indeed no real difference (between animals and humans), you have to decide to stop eating animals or to start to also eat people. Until very recently the former was very difficult but the times have changed … we can live without meat or at least without having to kill animals for our food. This fact allows our ethics to also change. Because if we really want to be ethical, (…) we will have to extend our goodness to other species. Just that makes us typically human.”
Want to read more? Check out the work of German college Richard David Precht, his Australian colleague Peter Singer, his or philosopher and visual artist Eva Meijer.

You would maybe not think so, but 2017 also brought us 8 official new species! To name a few: The third species of Orang-utan (Pongo tapanuliensis) was found on Sumatra, where it coexists with another Orang-utan species. A special spider, just a few millimeters in size and found in India. It was named according to its shape: Eriovixia gryffindori. Because it’s shape resembles the sorting heat of the Harry Potter stories! Then we have a purplish frog ( Nasikabatrachus bhupathi) with the size (and nose) of a piglet, which preferably lives underground in the Indian mountains. Others include a transparent mini-frog (Hyalinobatrachium yaku), a species of hermit crab (Diogenes heteroppsammicola) that uses living coral instead of deserted snail houses as a home, a deep sea fish (Pseudoliparis swirei) which lives at the stunning depth of 8 km, the deepest fish habitat known to date. That it managed to adapted to the enormous pressure, cold and darkness startles me enourmously. Last but not least, let me introduce a new species of rat to you (Uromys vika) . It is rather big in size (ca 50 cm in length, tail excluded) and lives on one of the Salomon islands in the Pacific. It’s population is, however, threatened with extinction through the wood industry.
Why did I add these discoveries to my top-8 list? Because in our time of google maps and satellite imaging, where everything seems to be connected and the tendency towards ‘been there, seen that’ increases exponentially, it is miraculous to me that we still find more and more unknown life on our planet. Given that animals have aided us in the past (think f. ex of the Glia monster, who’s poison can be transformed into a medicine for Diabetes) I am curious to see what else we will learn! (see also Biotechnology and xenotransplantation). This of course, is also incorporating my hopes for more environmental awareness in order to protect our natural habitats and the communities they host.

I’ve just finished reading the newest Dan Brown novel, Origin. And it left me in awe about where we stand when it comes to artificial intelligence (AI). And while indeed huge progress I being made in AI, machines are still far away from being a metal copy of humans. At the same time, however, the way AI is (being) developed now, it is conceivable that man might not remain the only species with self-consciousness for very much longer. Because AI acts and behaves more and more like we do, we tend to assume that it also thinks like us. But that is not necessarily true (as a brilliant example in Brown’s book, concerning Winston, shows). Yet the fascination with AI is so strong, that it even inspired a new type of religion, (Way of Future) which hails a peaceful and respectful transition from human to machine as rulers of the world. Personally I‘d rather not see this happening.
Other voices, luckily, are optimistic that humans will remain in charge of the technology they use, more or less but critical voices like philosophical anthropologist Jos de Mul’s warn us not to let us be controlled by inferior AI.

Mysteries of the universe

Not my field of expertise, I nevertheless like to hear about developments concerning the workings of the universe. I’m particularly fascinated by black holes, time travel and other galaxies. 2017 showed that we know less than we thought. Apparently, some clusters in galaxies poses an alternating point of gravity. Which it totally unexplainable by scientists. And thus the prediction of their behavior, what they will do and how they will evolve in the future, is also a mystery. Fascinating!

What are your favorite trends from 2017?

And what are you looking forward to in finding out more about in 2018?