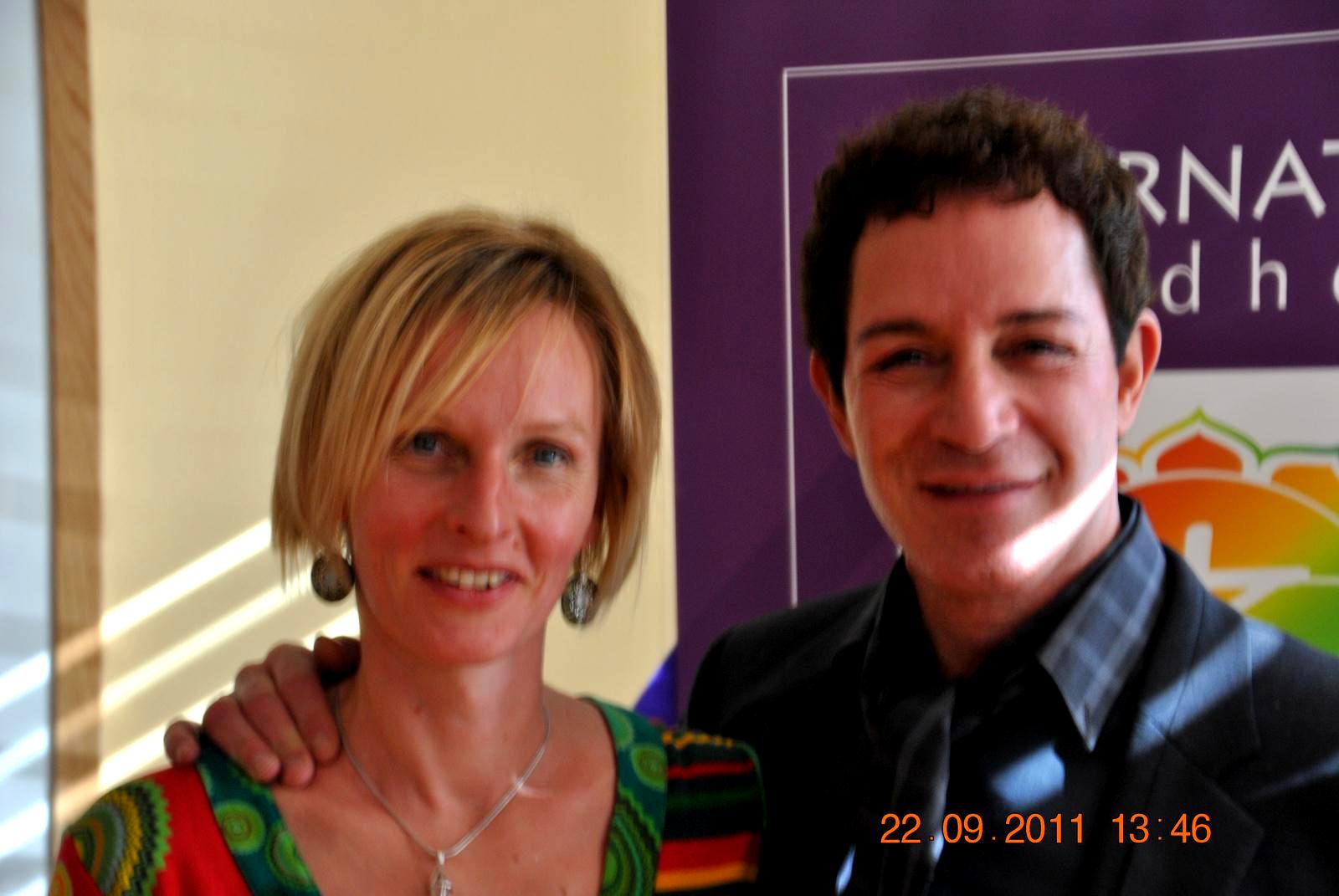 (Part 1 of the trilogy) (July 20th)
Since I started my career switch in 2010, I get many questions about how I, as a scientist, can work with something ‘vague’ as holistic medicine.
This is obviously a topic that intrigues many. I, in turn, find it fun to explain why it has been so exciting for me to dive into researching the phenomenon ‘holistic treatment’. And why it makes me feel like a conquering pioneer rather than an unworldly trickster.
Let me invite all you sceptics, curious people and believers out there to join my adventure!
In the next three blog articles, I will build up the subject of ‘science and holistic medicine’ so you can follow it without much foreknowledge on either the details of scientific research or alternative treatments.
In this trilogy, I will illustrate why it is still difficult today to design scientifically sound experiments to prove the positive effects of alternative treatments on the wellbeing of the patient.
Let’s get started with:

Holistic medicine is more and more accepted in today’s world. In some countries, for example, The Netherlands, the health insurance companies even cover some treatment forms. Yet sound scientific proof of its effect is, though increasing, still relatively scarce. And this is the reason that many sceptics continue to deny the positive health effects that methods like acupuncture, healing, hypnosis can have.
Recent discoveries in genetics, quantum physics, neurological sciences and other areas of science offer possibilities to logically explain the mechanisms of how holistic medicine may work to improve the overall health of a person. However, based on the traditionally accepted paradigms of medicine and genetics, the mechanisms allowing for holistic treatments to occur can hardly be explained.
In theory, however, the working of methods like meditation, hypnosis, healing and self-healing can be logically explained with today’s cutting-edge scientific theories.
Why is it so difficult to prove that these holistic techniques work in practice? I feel that this has to do with both, the energetic nature of many holistic techniques and the way theories are traditionally proven in science.
Scientists face some clear challenges when it comes to prove the effectiveness of holistic medicine experimentally. In order to appreciate these challenges better, it is of vital importance to understand a bit more about science itself. We need to understand where science came from, how it ‘ticks’ and why science got so focused on the material world, mostly ignoring the non-material world.

A little historic excursion: What does the church have to do with all this? 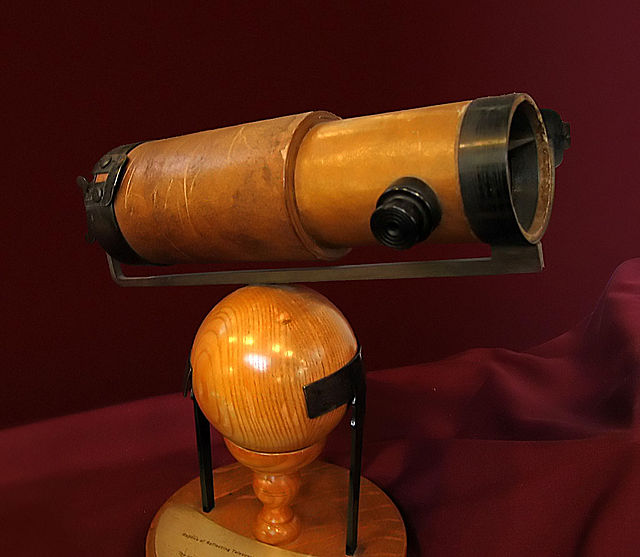 Not too long ago, in the 16th century, the commonly accepted workings of the world (in the Western World) were based on the Christian faith.
The church lectured that everything in life is the will of God and the spirit world. The immaterial realm ruled everyday life. The upcoming, new discipline science, however, described and measured phenomena also in the physical world, and drew conclusions based on those observations.
This approach challenged the traditional, faith-based dogma of the church. When the power struggle between the two ideological superpowers, science and religion, became evident and the church was faced with a loss of power to the upcoming first scientists, it had to take action. So the church swiftly proclaimed that religion would stay in charge over the metaphysical and invisible realms, whereas science was assigned lordship over the physical and visible world.
By the late 17th century science had outgrown infancy. Among one of its big accomplishments were the discoveries of the great English physicist, mathematician, astronomer, natural philosopher, alchemist, and theologian Isaac Newton. Beginning in the mid-1660s Newton made major discoveries in optics and had formulated the theory of universal gravity which later proved to be the single most important work in the transformation of early modern natural philosophy into modern physical science. With this theory of universal gravity, Newton managed to predict the movement of the universe without the involvement of God or spirit. Soon hopes were high that science eventually would be able to explain the entirety of existence by simply observing the physical world in more and more detail.

However, at the beginning of the 20th century, another surprise discovery emerged. On the way to total faith in matter an unexpected phenomenon was discovered: quantum physics. Quantum physics is a mathematical description of much of the interactions between energy and matter. It ultimately revealed that the material world itself is a matrix (an array) of entangled energy that science calls ‘the field’, that is oddly similar to the ‘invisible moving force’. A force very much alike to what religion refers to as spirit. By ignoring non-material reality, science has omitted at least half of reality: the very part that Einstein believed was the most important.
Today, the extend of conservativeness among scientists concerning their belief in the importance of the immaterial is still extensive. Some scientists are still hypercritical (and even cynical) when it comes to the integration of the immaterial whereas others are being highly creative (and even playful) in integrating it in their work.
The integration of the immaterial or the unseen reality in our daily life is something that is still not a daily routine for most of us. So why should the average scientist think or behave any different that the majority of the people (s)he is sharing his/her environment with?
But without integration the non-material reality part as a normal, or even standard parameter in scientific experiments, it is impossible to explain how the un-orthodox processes such as are combined in holistic medicine may work.
Ignoring the non-material realm renders more aspects of life difficult to explain.

What’s love got to do with it?

Just for fun, let me ask you a question: have you ever been in love? Yes? Good. So now-prove it. Prove it to anyone that you really loved that particular person whole-heartedly. Prove it beyond any reasonable doubt, as the courts of justice ask us to do in our legal procedures. As we ask the scientists to do with the workings of holistic medicine. Are you having problems in proving your love? But you really loved that person, so why is it hard to come up with good solid proof?
Yet it is, isn’t it? Because you can’t really prove it, at least you could not without the latest techniques who relate all kinds of brain activity, hormones and heart beat rate to that particular feeling: being in love. And even though: are you absolutely sure that the scientists who came up with it made no mistake in assigning the changes in these particular parameters to being in love? What if they did? Does that mean that you, in fact, were not in love with this person?

The long road to common knowledge

Now let me remind you of the story of Isaak Newton that I shared with you earlier – the one where Newton, as one of the most renowned and accepted scientists of his time revolutionized the way people thought about the universe by introducing universal gravity. With this theory Newton suggested that that no spirit was needed to explain the functioning of (some aspects of) the world. That, in fact, a mathematical formula was all that was required as an explaination.
I’m not sure how long it took his fellow scholars to accept his theory. Let alone how long it might have taken an average citizen living at his time, the late 17th – early 18th century, to hear about his revolutionary finding. My guess is that most of them did not hear about his theory at all, in those pre-internet times. And I would think that at the time no one would have imagined the possibility that this new and exciting theory did not cover all there was to know. And that approximately two and a half centuries later another brilliant brain with the name of Einstein proved his theory wanting and refined it, taking our understanding to another level yet again.

I am curious where scientific work may take us in the future. So far, we’ve gained wonderful insights since the dawn of science as we know it today. Many of them who have been outdated again already by even more complex and complete theories.
What’s next?

If you liked this article, mark the following data in your agenda:

My number 1 desire is to inform and inspire you. Sign up for my blog and you will be provided automatically with more insightful information and inspiring mind-travels

Rhonda Byrne: The PowerBruce Lipton: The Nature Of Dis-Ease

H.F. Nijhout (1990): Metaphors and the Role of Genes and Development

Eric Pearl: Heal others, Heal yourself

David Wilcock: The Source Field Investigations: The Hidden Science and Lost Civilizations Behind the 2012 Prophecies