You don’t believe in miracles? Great, do read on… 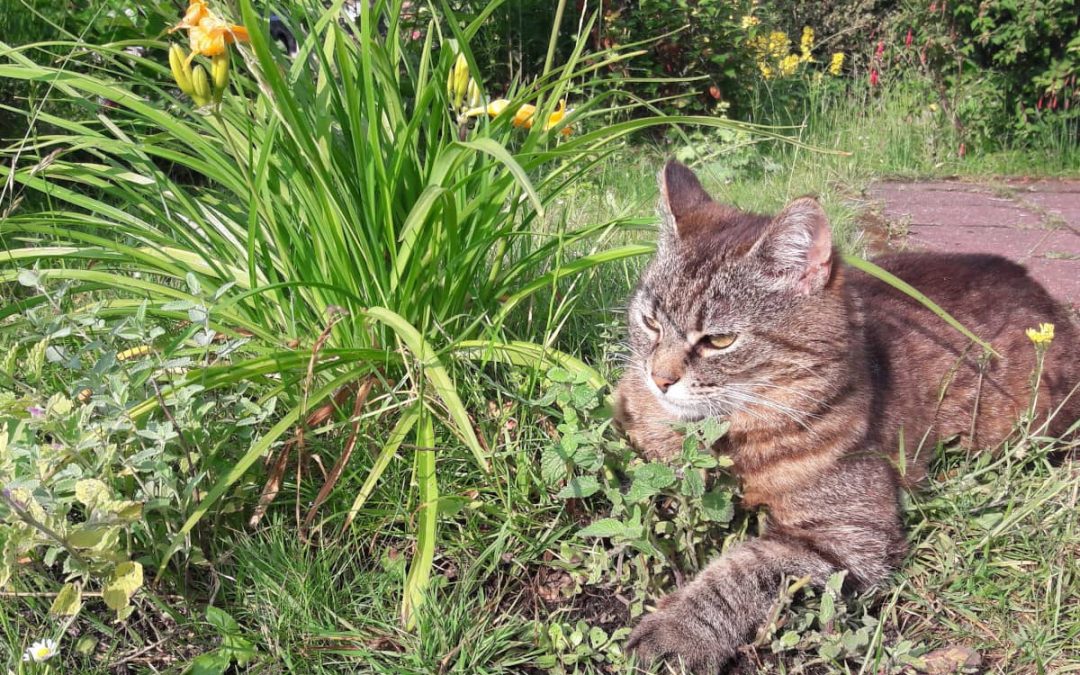 Last weekend we wanted to get away for a short break. The car was packed. Our neighbour’s daughter, Sara would take care of our two cats, Leo and Rosi, as always. So we left, completely unprepared for what was to come.

After a wonderfully relaxed Friday, I received an unexpected phone call on Saturday afternoon, 5:00 PM. “Anke, thank heavens that I get hold of you.” It was Sarah’s mother. “Rosi is not doing well.”

I was shocked. Time stood still. “What happened?” I asked.

“Sara went to feed the cats and found Rosi in the garage. Rosi is disoriented, her movement uncoordinated and she is very skittish. She falls over while walking, her hind legs are not working properly. ”

How could this be? Rosi is a very healthy cat of 11.5 years of age. At the time of our departure, she had just climbed four meters high into the tree. Nothing indicated that there was anything wrong with her.

What happened? Was she hit by a car? Poisoned? Horror scenarios flashed through my mind. Of course we couldn’t leave her alone at home in this state. However, for us, it was a 2-hour drive to get home. Fortunately, Sara’s mother offered to take Rosi to the vet.

There they called me at 5:45 pm and I heard the shocking words from the doctor: “Rosi is blind.”

What? That is just impossible!

“Cats can suddenly go blind,” she said. “She also has very high blood pressure. Furthermore, we cannot yet say what exactly is going on. This requires further research. Do you agree that we investigate Rosi to find out the cause of her disposition? ”

“Yes, just call if you know more.” High blood pressure? Obviously, the cat is terrified! Even when she is ok, it is almost impossible to get her into the transport basket, and at the moment she is everything but ok! And on to top of that she is at the vet’s exposed to all those strange smells, dogs, other cats and the scent of fear …

I was pretty devastated. Rosi is a member of the family, the kids love her and so do we. We adopted her from an animal shelter about 9 years ago. Then age 2 she had spent a lot of time on the streets. Back home with us it took her 3 weeks to come out from under our sofa and risk an unsheltered  glance at us. Since then, however, she has been an eccentric but also very cuddly part of our household.

What now? I shared the news with my husband and we soon agreed on how to proceed. If Rosi would remain blind, it would not be a good life for her, a real outdoor cat. Then we should act accordingly. But how do you tell the children? Best to not say anything just yet.

We just told them there was something wrong with Rosi and she was blind. That was bad enough.

Now we had to quickly decide who would go home to pick her up from the vet so she could be in her familiar surroundings for the night. Even before we got the results of the vet’s investigation, my men husband and son jumped into the car to make it home before curfew.

The vet called at half past seven: “The problem is in Rosi’s cerebellum. It could be a tia (bleeding), a tumor, or a couple of other things. To give an exact diagnose, we need to run more tests. Depending on what we find, for some disorders we offer long rehabilitation trajects… ”.

I cut her off, “Thank you, but she’s an outdoor cat. If she stays blind it stops there. What are the chances that she can see again? ”

“Unfortunately I can’t say anything about that. If she doesn’t make significant progress in the next 1-2 days, her constitution will likely remain as it is now. ”

The men picked her up. Her walking was unsteady and she could not see a thing. She recognized their voices though and the scents in our house. She calmed down a bit and even wanted to eat and drink something. Securely installed on her blanket on my son’s lap, the three of them settled in to watched a movie.

That night she was allowed to sleep on her favourite blanket, among the men who alternately spoiled her rotten with attention. In the meantime, we my daughter and I were working energetically with Rosi from our holiday location.

Early the next morning, Rosi made it clear that she wanted to eat again. She was carried downstairs and fed, after which my husband went back to bed. Yet in less than 5 minutes and Rosi was back in bed, in between the gentlemen.

She had walked up the stairs by herself and jumped on the bed. She seemed to be able to see something again.

How is that possible!

An hour later she walked back downstairs, a little more cautious than usual but confident and asked for more food. Relieved as the guys were, she was offered a piece of fish, which apparently smelled so good that she lifted herself up on her hind legs to reach it.

She was able to walk normally again! She could see again!

We could hardly believe it. If this is not a miracle then what is? She seemed completely fine again!

Sunday evening she started playing again with Leo and her little toy ball on the carpet. We kept her inside until Monday morning, but then she really demanded to go outside; she meowed, scratched at the door, and tried to trick us into finally opening the back door. That’s our Rosi how we know her!

Days later I received a call from the vet who had examined her, what a nice gesture. When I told her how Rosi is doing now, namely just “fine”, she paused for a moment. And then she was very happy for us. She had not expected this full convalescence either.

We will never know exactly what happened to Rosi that day. Actually, who cares.

This experience made me notice that I am more aware of all the beautiful things around me again, which I failed to consciously appreciate of late. So many beautiful things that I take for granted because it is so “normal” to “have it”. The beautiful blue sky, good food, friends to have a laugh with, children playing and the promise of spring in the air. And last but not least: a happy Rosi.

What miracles do you see around you?